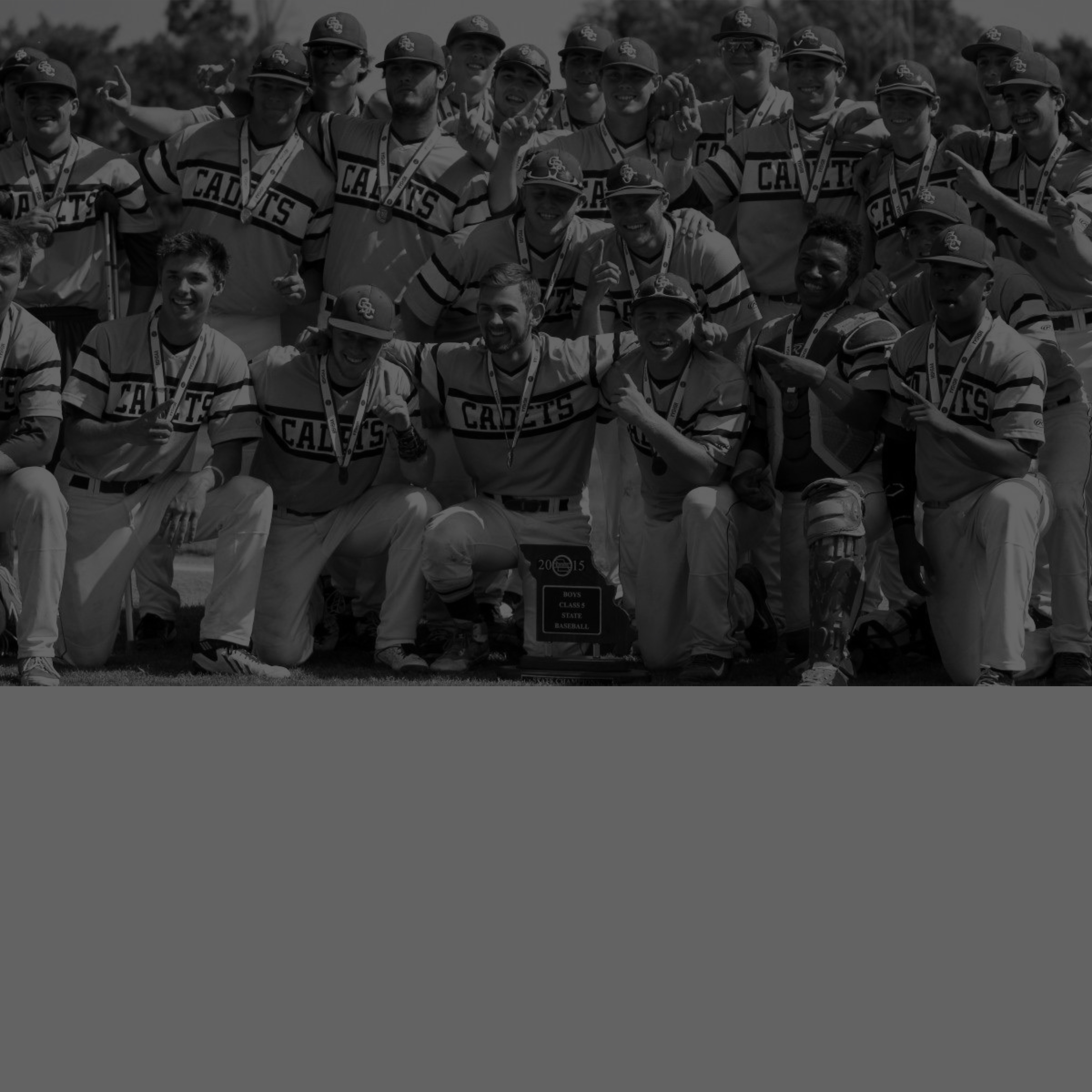 By Coming Up NextFebruary 9, 2022High School
No Comments

CBC is known as a high school athletics powerhouse, and the Cadet’s baseball program is no exception to this reputation. Head Coach Mason Horne has had tremendous success in his tenure as head coach, having won multiple state titles while coaching some of the most talented players in the area.

Players like Matt Vierling, Jake Burger, Christian Little, Kurtis Byrne, and Justin Paulsen give perspective to the talent that CBC baseball has rostered over the last decade. These names also serve to give perspective (and perhaps for some, pause) as to how impressive it is that the 2022 Cadets could be the most talented team they’ve had in recent memory.

What they have going for them:

It’s often said that a pitching is the most important aspect of a team, and unsurprisingly, the Cadets are loaded. If you took their pitching staff of Tyler Charlton (Missouri State), Cameron Poe (Duke), Jake McGhee (Mizzou), Michael Walsh (Lindenwood), Daniel Flier (Jeff Co) Evan Margherita (Quincy), Kyle Byrne, Nazzan Zanetello (Miami), and cut it in half, you’d still have an above average high school rotation.

When it comes to position players, the Cadets offense is loaded with top tier athletes. Perhaps most impressive is University of Miami commit Nazzan Zanetello (2023) who is easily one of the most exciting players in the state. Zanetello is the type of player that coaches and scouts are immediately easily drawn to because of his long and athletic frame, clean infield actions and effortless arm strength. His athleticism allows for him to be extremely dynamic, and it will be exciting to watch this spring as he makes his team better offensively, defensively, and even on the mound with his low 90’s fastball.

2023 Outfielder Kaden Peer (Mizzou commit) will undoubtedly play a key role for CBC. Peer runs well and has a linear swing that compliments his skillset. He also has a plus arm in the outfield. The Cadets 2023 class also features 2023 C/UTL Ryan Stevens, a hard-nosed player who is a spark plug and can do a lot of little things to help his team win.

Seniors Ayden Robinson-Wayne (Missouri Southern) and Daniel Flier (Jeff Co) are both reputable players that figure to be starters in the cadets’ lineup as well.

Miles Birke (2023), Kyan Franklin (2023), Jake McGhee (2024) and Luke Matschiner (2022, Drury Commit) are all solid players as well that would likely be top of the order bats in the average high school lineup and could wind up putting up big numbers.

It may be true to say that the biggest thing standing between the Cadets and winning the 2022 State Title are the Cadets themselves.

From the outside looking in, it would appear that anything less than a state Championship for the Cadets would be falling short of expectations. And that might be the expectation most people will have for them, but that doesn’t make it a reasonable one.

In a format that features a single elimination postseason, the pressure that 16, 17, and 18 year old kids face is immense. The Cadets will go all season facing opposing team’s top pitchers, and playing opponents that are energized to play them. They will be challenged, game after game, and how they respond will ultimately dictate their identity as a team, their chemistry, and their readiness for the playoffs.

To assume they will win simply because they have the most talented team is to have a limited understanding of the game of baseball. Talent gets pre-season coverage, but execution gets state championships. Without a doubt, the Cadets will be one of the most exciting teams to follow this Spring.